b r o o k l y n t w e e d
11.21.2008
Relm Another hat with slouch, you say? Yeah, I was having a lot of fun playing around with that shape this season - it offered a fun variation on solving design problems for hats, so there it is! 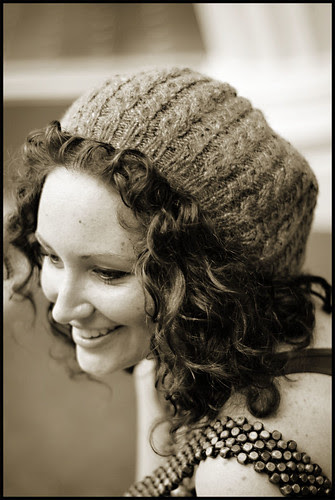 Relm will be available next week in the upcoming Fall/Winter 08 issue of Knit.1 Magazine. [Ravel it!] The folks at Knit.1 are featuring a spread on designer-bloggers and each of us contributed a pattern of our own choosing, which I think makes for a great little line-up. Be sure to check out the other great bloggers' designs in the issue too! The magazine's whole look has been revamped and I think it looks like a great issue in general. 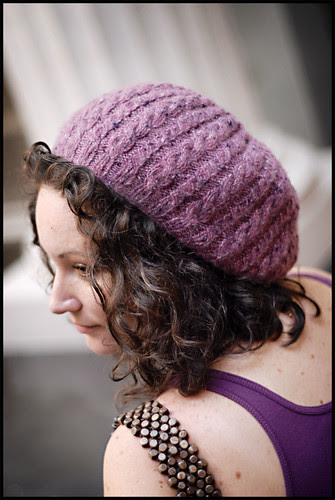 The yarn I chose for this is a new one and fantastic - "Aran" by Stacy Charles is a wonderful tweeded-out (tricked-out?) 100% cashmere that has awesome drape. The hat is as light as a feather and super warm, which was just the combo I was looking for on this one. 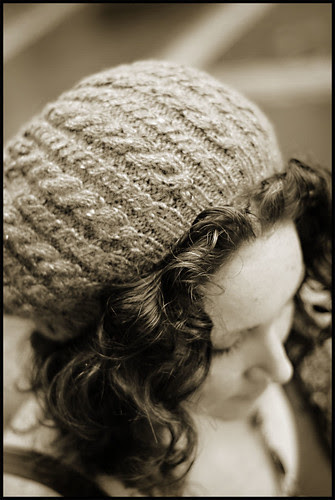 A quick word about the weight of the yarn: Aran is considered a worsted weight yarn because of it's suggested gauge of 4.5 sts to the inch, but remember that cashmere yarns really sing when they're knit up less densely than other fibers... hence, the yarn looks thinner than a worsted (it is) even though the gauge is the same. Does that make sense, or have I confused the issue further? Anyway, it's really lovely stuff... and did I mention the drape?? 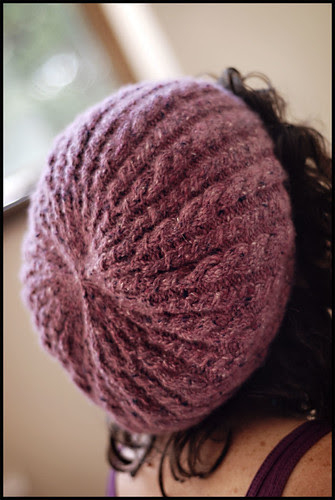 The issue hits news stands in December - but they seem to always start popping up early. The specs of the whole issue will go live on Knit.1's site on Monday, so be sure to check out what the other bloggers have served up. 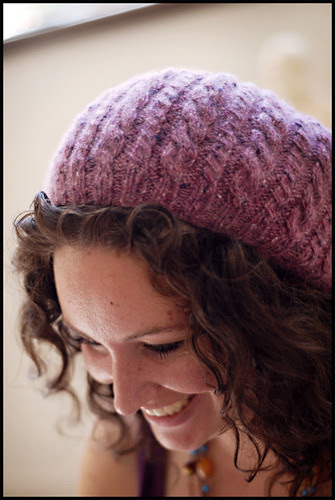 I feel like I can't shut up about the cold weather, but I really love it. Multiple layers of handknitting get to be worn daily - it's what I spend most of the year waiting for! I hope you're enjoying it too. 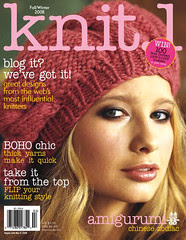 11.13.2008
Other Ways of Feeling Productive Ah, super bulky yarn - you really come through on the rare occasion that I need you.

I recently came into a small stash of Soft Chunky by Wenlan Chia (more on how that happened later) and was trying to find a responsible use for it. I'm not big on super bulky garments - while they're awesome to knit and faaaast, I find they rarely ever get worn, by me at least.

So when the recent CE Webletter dropped, featuring a chunky throw also by Wenlan, also in Soft Chunky, it was wonderful timing! My obsession with handknit blankets is receiving it's regular feeding! [One step closer to my ultimate fantasy of being buried under a mountain of woolie afghans] 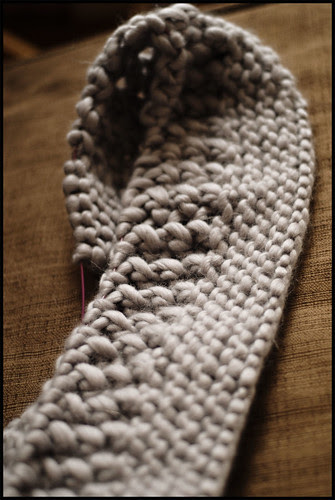 Soft Chunky is just that: Really soft. Really chunky. It's a single ply virgin wool - no coarseness at all. It does feel odd knitting with little aluminum broomsticks, but dang if I don't feel like a productive little knitter. Which right now seems miraculous.

The pattern is about as straight-forward as can be - a rectangle of the simplest of all lace patterns, trimmed in garter stitch. It's like a swatch on steroids. 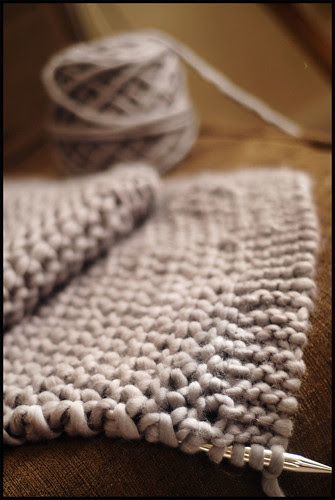 The lace is key - it keeps the weight down and plays up how soft and snuggly this stuff can be. The best part: I'm about half way in and it's already functioning as a blanket while I'm knitting. The photograph above is the "WS" of the fabric, which in this particular pattern I think looks better (so I guess it's the right side for me. Oh so right).

And in other news - check out these cocoon like bats that I received from a friend in Michigan last week. 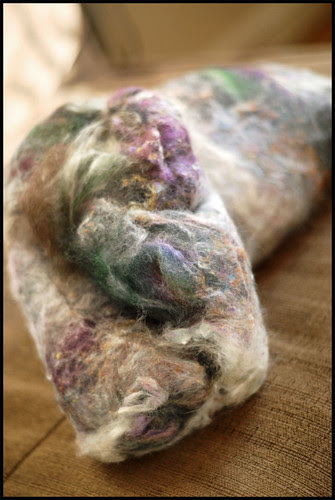 Texture-philes beware! They're a mix of Romney, Corriedale, Bombyx and Tussah Silk with plenty of tweedy bits for super textured spinning (from Crosspatch Creations) - Hopefully I can squeeze some in soon...