here is a shot of the seedflap hat in action. to refresh your memory, this is a very slightly modified version of the kitty hat (sans ears) made in malabrigo pure worsted merino. i wont bore you with details for the third or fourth time... check out the archives for those. 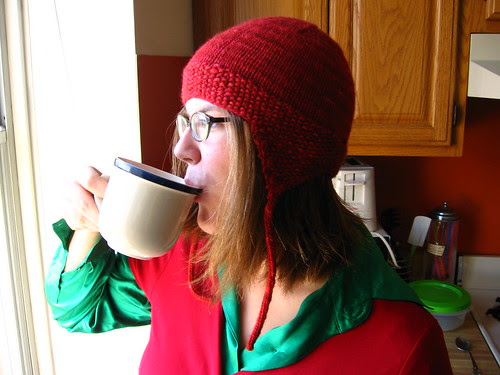 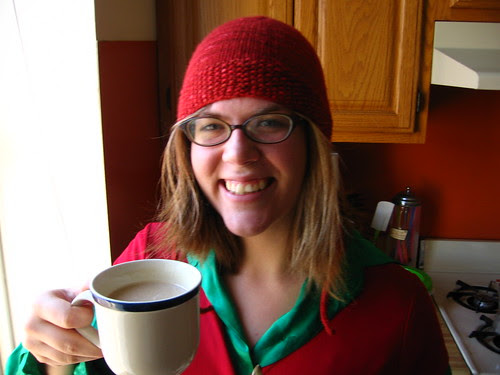 coffee and handknit garments... pretty great way to spend your day, no?

next up is the Nautilus I (i made 2 this christmas). Version I has a 2x2 rib around the the base and turned out great. The 2nd one I did had a roll-brim as per my mother's request and didn't turn out as well as I would have liked. but i think thats mostly because i am extremely anti-rollbrim. 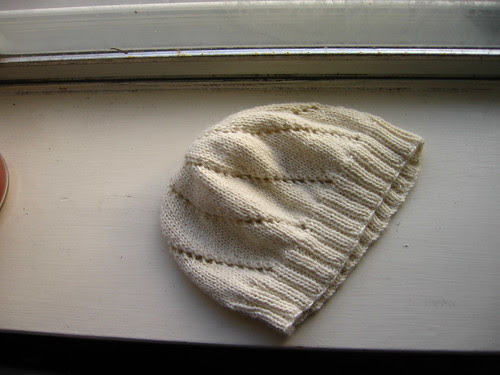 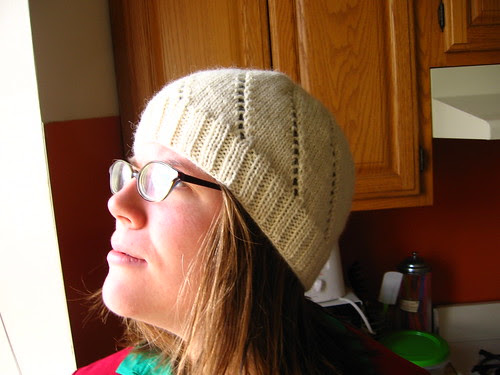 the decreases on the crown really set this hat pattern apart from the rest... 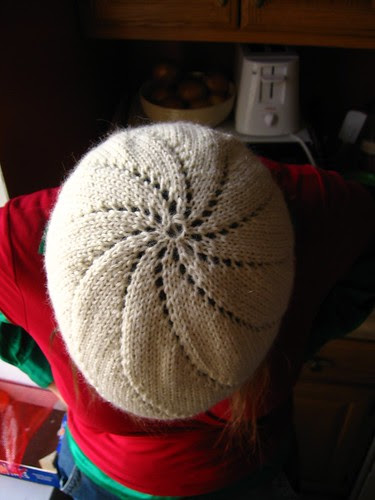 theres more to come... so stay tuned! i had promised a few of you photos of the GANOMY hat being modelled by the recipient. he left it in philadelphia last weekend at his parents house but it should be coming back up to the city on friday and i plan on delivering the goods soon after...

Comments:
The more pictures the better! Its good to see the hats modeled bc then we can tell how long they are. I am waiting patiently to see the ganomy hat, but just might start my own in the meantime..

Elemmaciltur : 17 January, 2006 05:01
I remembered seeing the Nautilus on your site about 2 months ago. I'll be heading to NYC from DC today and I have the pattern and some yarn! I can't wait to try it out. I hope it turns out this nice.